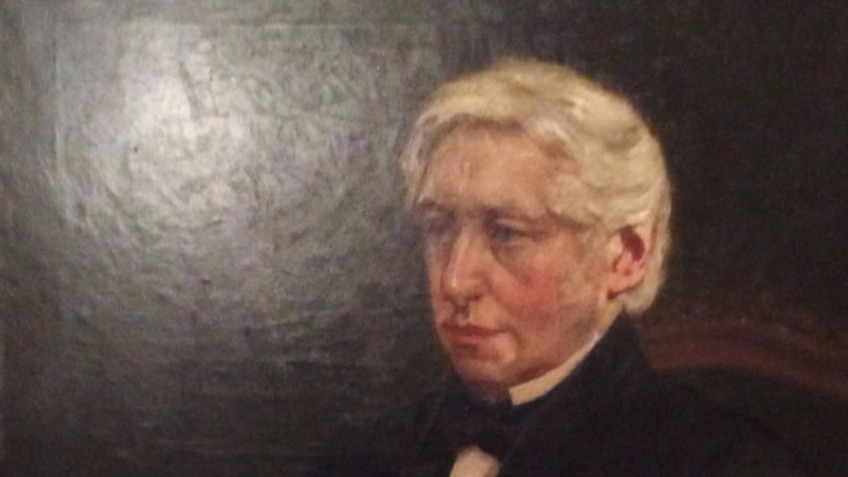 Will you help to save this slice of history for our museums?

Tees Valley Arts are leading the fundraising effort to save this important portrait of Henry Pease for our region. It will be jointly accessioned by the Head of Steam Museum in Darlington, the Dorman Museum in Middlesbrough and Kirkleatham Museum in Redcar with the aim of making it available to all of the museums in the region that has been so profoundly shaped by the industrious nature of the Pease family.

The portrait depicts Henry Pease, one of the leading Industrialists of the 19th Century. He is perhaps best known as one of the founders of passenger railway as a Director of the Stockton and Darlington Railway. He is also remembered as the founding father of the Saltburn-by-the-Sea, the first purpose-built railway seaside resort.

He is less well known in his role as President of the Peace Society and his campaign to prevent the Crimean War between Britain, France and Russia, during which he met with the Russian Tsar in an attempt to negotiate a peaceful resolution. When that failed, he was received in Paris by Emperor Louis Napoleon, with the aim of establishing a Peace Congress in the city.

Whilst he was not successful in his efforts to prevent the Crimean Conflict – the weights of two empires being against him – it is perhaps this context that makes the current portrait so important. The artist was Jerry Barrett, a Victorian painter who is most well remembered for his own paintings of the Crimean War.

Among these are two paintings hanging in the National Portrait Gallery, one depicting Queen Victoria visiting her soldiers and another showing Florence Nightingale tending to the wounded (above). We don’t know how this campaigner for peace and this painter of conflict first met but the portrait is a lasting testament to both men’s involvement in the war.

Donations of any size are welcome, please join us and donate whatever you can afford through our fundraising platform crowdfunder.co.uk/pease-portrait and help rescue this piece of our history.*