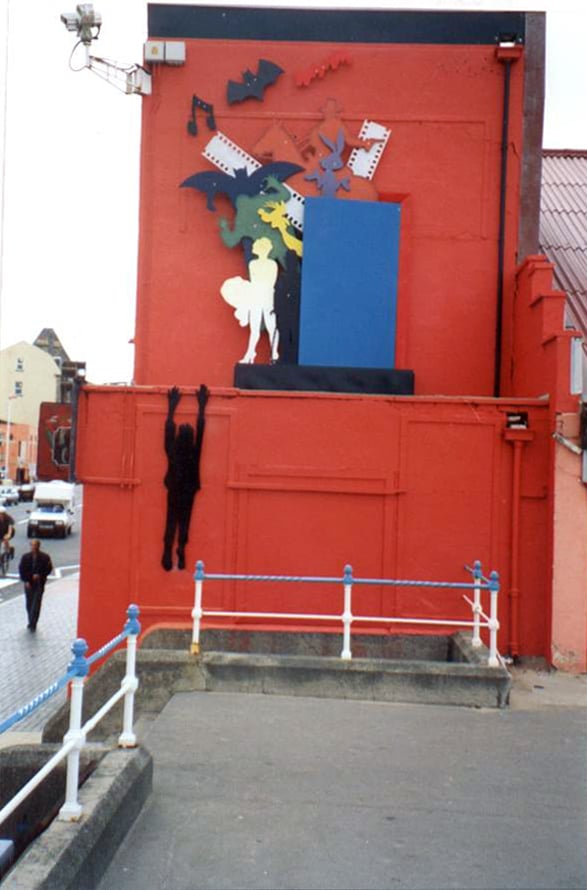 Installed in August of 1997, Showtime is a piece of artwork that was produced by John Clinch. The artwork “Showtime” is a large fibreglass and steel relief of cut-out figures of some of the most famous actors, actresses and characters in the history of film. This includes well-known figures such as Marilyn Monroe, John Wayne, Batman and others that were shown exiting a door. The artwork was but no longer attached to the side elevation of the Regent Cinema building. Near the art piece are the cut-outs of Laurel and Hardy and Fred Astaire who are stood by the Redcar seafront railings.

Let us know about Showtime

If you have information about Showtime – particularly if it’s not shown above – then we’d be really interested in finding out more. Tell us below: