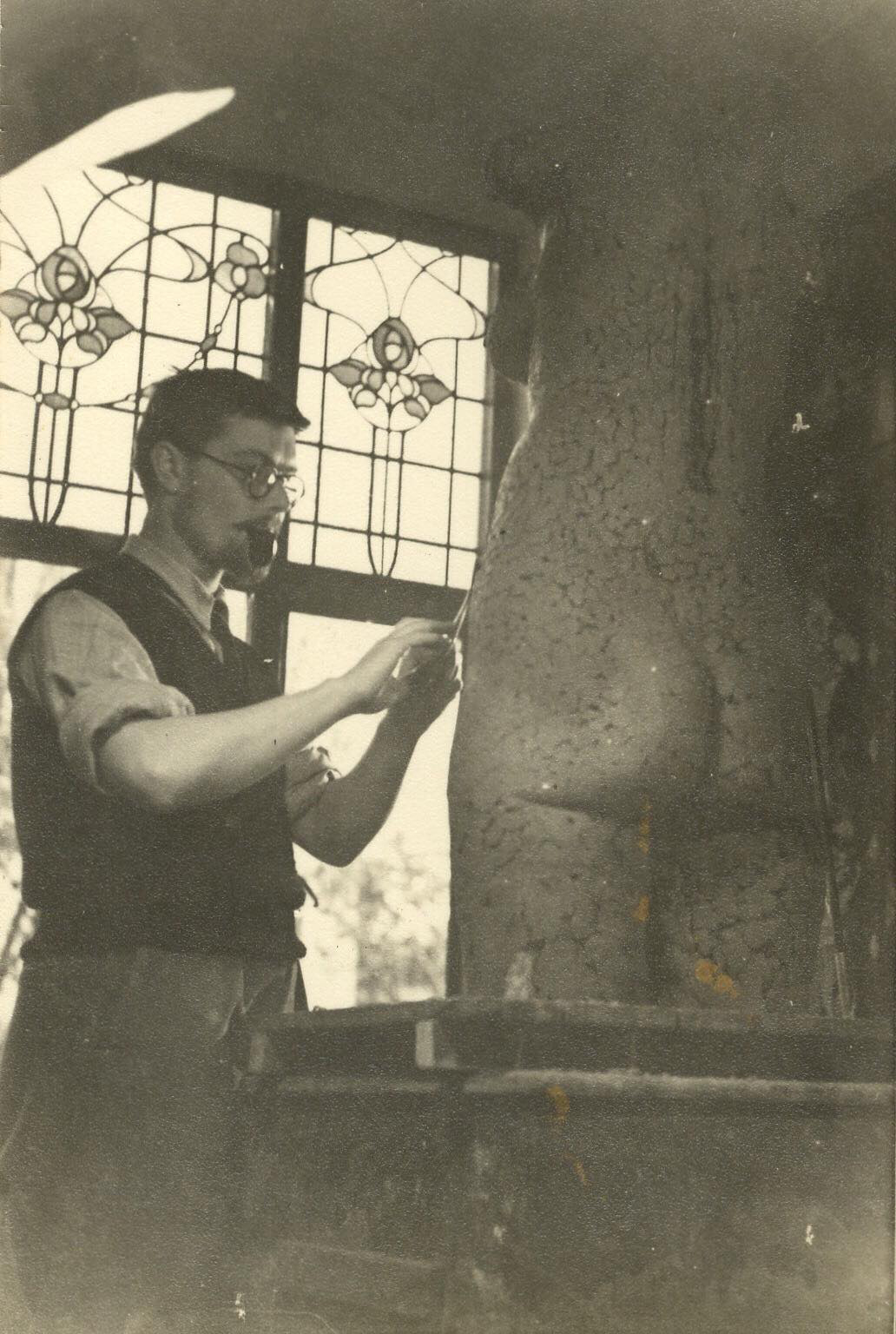 Daniel Cochran is a researcher from Middlesbrough. Formerly a musician in bands such as Idiot Savant and By Toutatis, Daniel moved to Hungary four years ago and began Statues of Budapest, an arts blog focusing on the relationships between public spaces, memory and history. Last year he founded North East Statues to create an open archive of public art in the Teesside area, and has been working in conjunction with Tees Valley Arts and Dr. Simon McKeown of MIMA School of Art & Design. Daniel is currently living in Bahrain.

Often, writing about statues can feel quite academic. Not that that’s a bad thing of course, but I often find myself writing about long-forgotten sculptures by long-dead sculptors and asking myself things like, “I wonder where he got his bronze cast”, or “I’m sure this one has a sister-piece in Morecombe”, and that way madness lies.

So, it’s nice when historical sculpture wakes up from its slumber and affects the here and now. I’m lucky that this has happened a few times at North East Statues: finding Middlesbrough’s much-derided abstract sculpture Equinox (A.K.A. The Elephant’s Arse) in a field near Saltburn was one such occasion, leading to a public discussion of its (somewhat unfair in my opinion) removal from outside Middlesbrough’s law courts in the 1970s.

Earlier this year we had another when I received a message from one of our Facebook followers. I love it when people submit old sculptural photos to me, so when a Mr. John Cooke sent an old, sepia-tinged picture of a very distinguished looking artist, pipe-in-mouth, working on a nude figure, we knew we had to find out more.

John explained that the artist was Eddie Hawking – sculptor and former lecturer at Teesside College of Art. The figure was his wife Audrey, pregnant with their second child. The piece was never even meant to be exhibited, instead it was kept at the Hawking family home.

But exhibited it (briefly) was. A consultant friend of the Hawking family (confusingly named John Hawkings), who worked at North Tees Hospital, noticed the statue and thought it would be perfect for the Maternity Ward. Eddie and Audrey agreed, and the artwork was moved there in 1974.

However, not long after the work was removed. A long-forgotten matron at the hospital began a petition to have the piece taken out of the hospital, rallying her nurses in support of an ultimately successful campaign. I’d love to know what sparked her dislike of the piece. Accounts from the time seem to focus on a sense of Carry On-style prudishness, hastily casting the Matron in a Hattie Jacques-esque role, but this seems reductive and we can only speculate on the real reason. It’s a bold statue that doesn’t pull any punches – it’s not idealised or airbrushed. Maybe she thought it too audacious for her ward. Perhaps she thought it was just another nameless female nude, not knowing the story and people behind it. In this case one might hardly blame her. Whatever the reason, off the sculpture went, eventually ending up in the garage of the Hawking home in Bristol.

The removal of his work seems to have been a bit of a sore spot for Eddie. National newspapers wrote about the issue and reporters turned up at his workplace. I interviewed him a few months back and he spoke of his embarrassment of the incident, especially as it was such an intimate work for both him and Audrey which had been rejected – imagine posing for such an personal piece and having it rebuffed! God knows what the feeling in the household was that day.

On learning that the piece was still around – hidden under sheets in the garage – we naturally wanted to feature it as another lost Middlesbrough sculpture. But a nagging idea took hold which I’m sure has already occurred to many of you. What if we could give the statue a second chance in the hospital? We didn’t want to force anything on anyone (especially because a second rejection would be doubly unfair to Eddie and Audrey), but as times and management have changed at North Tees, maybe they’d be interested in this story, 70 years in the making.

Through the fantastic work of Shaun Campbell at the Arthur Wharton Foundation, we made contact with Julie Gillon at the NHS Trust and hospital consultant Professor Jane Metcalfe to tentatively sound things out. Rather than the understandably dismissive, why-are-you-bothering-us-with-this-during-a-pandemic response I’d been fearing, we instead got a lovely letter saying that the hospital would be delighted to bring Eddie Hawking’s work back to the maternity ward.

We obviously didn’t want the hospital to be shelling out for this, so Shaun and his trust have kindly agreed to pay for any restoration work needed, which we hope will be completed sometime in the near future.

“We are really looking forward to welcoming the arrival of this beautiful sculpture once again. This represents an important piece of history associated with the maternity service and to the hospital building. We will be working with staff in the department to find a suitable place for the sculpture to be located for both staff and patients to see.”

Of course, we’ll be keeping you all in the loop about the progress of the statue, from restoration to installation, on North East Statues. Keep following for updates.