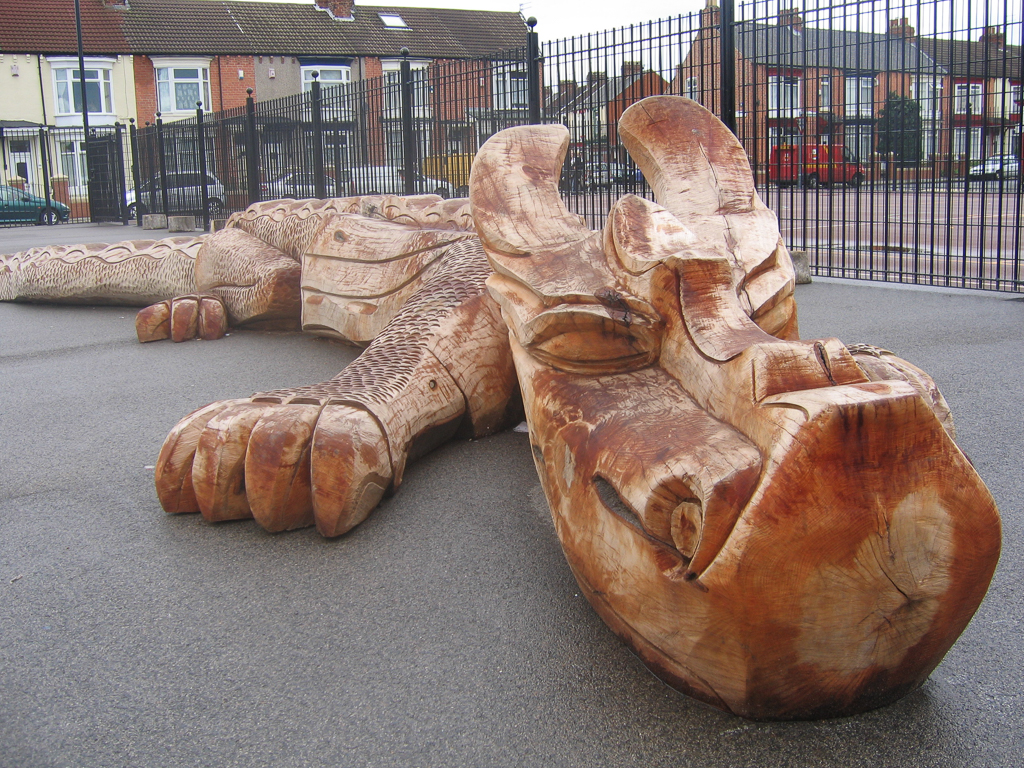 A dragon has taken up residence at a Middlesbrough School. The huge sculpture was the idea of youngsters at Sacred Heart Primary School. Twelve pupils aged from seven to to 11 worked with their art teacher, Sue Tatterton, and artist in residence, Ste Iredale, to design and produce a piece of artwork for their playground. The dragon was named Eragon, from the story of a boy named Eragon who befriended a dragon called Saphira.

The children were asked to come up with ideas for a unique and stimulating structure for their playground. After much discussion about environmental themes they decided on the climbing and play structure in the form of a dragon that would represent a guardian of nature.

Inspiration for the sculpture also came from artwork produced at the school by talented ex-pupil, Diakola Mvemba, who was living in Middlesbrough as part of a family of refugees. He has since returned to the Congo.

Sue Tatterton said “This was a challenging project for our children but they loved every minute of it and are immensely proud of the end result! They worked closely with Ste to develop their ideas and learned a range of new practical skills, but also learned how to approach and solve problems. The children now see something they have ownership of and is valued by other people – a major boost for their self-esteem and confidence.”

The project was developed by Tees Valley Arts and supported by Middlesbrough Council Extended Schools.

Let us know about the Sacred Heart Dragon

If you have information about the Sacred Heart Dragon – particularly if it’s not shown above – then we’d be really interested in finding out more. Tell us below: